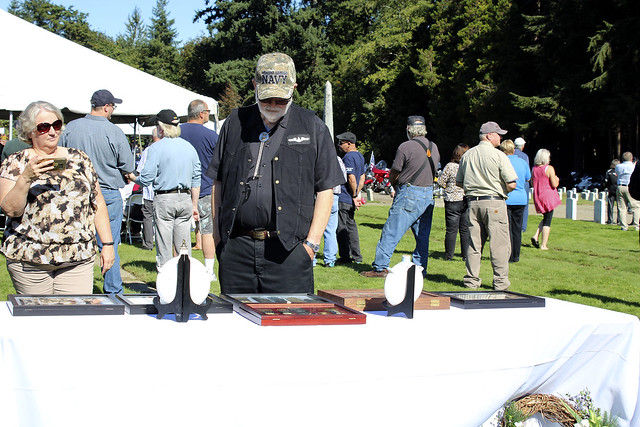 PORT ORCHARD — Thanks to the Missing in America Project, Civil War veteran Private Zachariah M. Stucker was returned home to Kitsap Sept. 28 to be laid to rest in the Veterans Home Cemetery.

After the war, he worked as a laborer in the west, including in Bremerton, until 1910 when he was physically unable to work, and entered the Washington Veterans Home. He died June 28, 1914 at the age of 69. His body was sent to Seattle for cremation, but his remains were never returned.

Until Sept. 28, thanks to Missing in America Project volunteer P.J. Braun, who discovered Stucker in a list of names of unclaimed remains in temporary storage at Lake View Cemetery in Seattle.

A full story of the ceremony honoring Stucker’s homecoming will be published in the Oct. 6 Port Orchard Independent.

All photos by Michelle Beahm

Putting the spice in life: the many ways kids do it | Kid Wisdom

2021 Fathoms royalty get their crowns

West Sound Film Festival is back for its fifth year

Meet three filmmakers being showcased at the festival this August

No salmon bake this year but buy a t-shirt

The winners of the 50th annual art competition are …

Concerts by the Bay is in full swing at the waterfront